Knowing Where to knock 🔨 – Why We Need an Expert

The Ship Repair Man Story - Why experts get paid more. In many areas of life, small changes can have a huge impact.

A giant ship’s engine failed. The ship’s owners tried one ‘professional’ after another but none of them could figure out how to fix the broken engine.
Then they brought in a man who had been fixing ships since he was young.
He carried a large bag of tools with him and when he arrived immediately went to work. He inspected the engine very carefully, top to bottom.

Two of the ship’s owners were there watching this man, hoping he would know what to do. After looking things over, the old man reached into his bag and pulled out a small hammer. He gently tapped something. Instantly, the engine lurched into life. He carefully put his hammer away and the engine was fixed!

A week later, the owners received an invoice from the old man for $10,000.

So they wrote to the man; “Please send us an itemised invoice.”

The man sent an invoice that read:

Effort is important but experience and knowing where to direct that effort makes all the difference.

I like the story because it kind of shows how small things can have big effects; and sometimes you need a guy who knows where to knock.

We had a client in the Mobile App niche. They had amazing traffic coming to their website- but the traffic wouldn't convert. The conversion rate was less than 1%.

After looking at their website and what was going on; the reason was a 'Menu button'. The visitor has to ‘click’ on a little menu button and only then; a slider comes up which gives them the link to go to the App Store.

This is probably the biggest problem for this conversion because people have to 'click' twice. So, we installed a 'banner' sending people to a landing page which would then explain the app with background info, testimonials etc.

And guess what? The next month, sales doubled. So yeah, sometimes small things have big impacts.

I like to be the guy - "The Marketing Mechanic" who knows where to knock to fix your marketing engine. 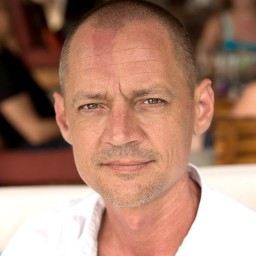